I am so glad you stopped by to visit. I read every one of your sweet comments. Come back and visit soon!

I hope you enjoy seeing photos of the Cape house, as much as I do living here :)

The Gables, Clark and Carole

Hi All,
Some of you know that I have collected on Carole Lombard since I have been 20 yrs old.  Hmmmmm, that makes it around 36 yrs I have been collecting and reading about her.  She was such a terrific gal.  She could walk in to today's world and not miss a beat.  Her life tragically ended in 1942, in a plane crash.  She was returning to her husband, Clark Gable.  She had been selling war bond in her hometown of Ft. Wayne, IN.  She was only 33.  A bright spirit was lost that day.
March 29, 1939 was the day Gable and Lombard were married, so tomorrow would have been their 74th! 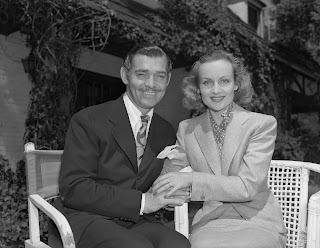 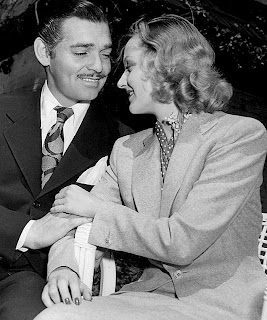 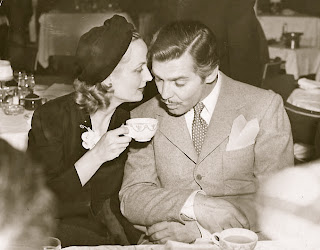 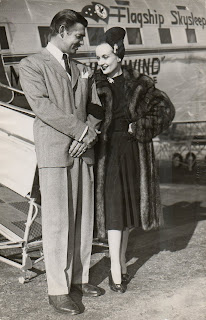 The diamond and ruby clips she is wearing on her hat and neckline, were a gift from Gable.  She was wearing them at her death.  Gable wore a chip of one of the pieces found in the wreckage, around his neck 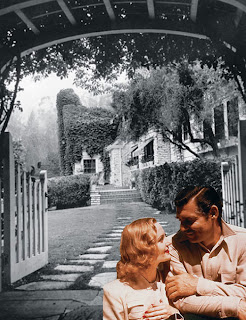 The beautiful ranch, Encino.  I was lucky enough to see it from the end of the drive 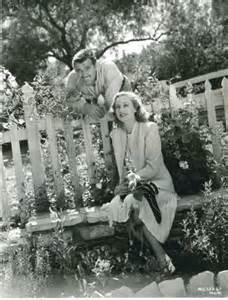 One of my favorites from the ranch 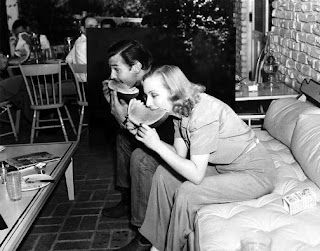 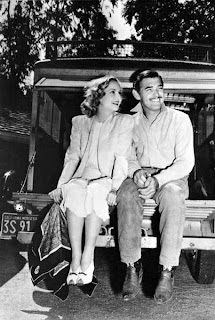 Another favorite, on the tailgate of their woody wagon, used for hunting trips 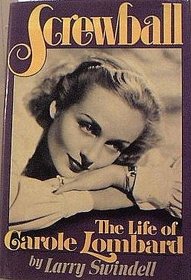 Something enticed me to read this book, when I was 20.  I have been hooked on Carole, ever since!
Happy Easter to all.
Linking with...
Masterpiece Monday
Seasonal Sundays
Sunday Showcase
Mod Mix Monday
The Scoop
Swing Into Spring
Wow Us Wed
Open House
Share Your Cup
Vintage Thingie Thurs
Katherine's Corner
Home Sweet Home


﻿
Posted by Robin@DecoratingTennisGirl at 6:55 PM 61 comments:
Email ThisBlogThis!Share to TwitterShare to FacebookShare to Pinterest

Hi All,
I always enjoy my trips with my daughter.  This time we rode the train to Chicago for a few days.  Eat, shop, walk, rest, do it again the next day!  Here are a few pics of our trip :) 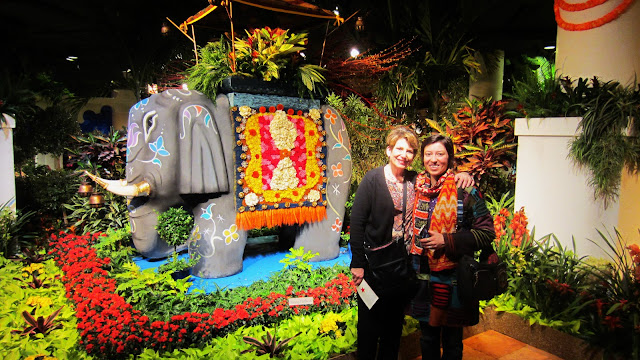 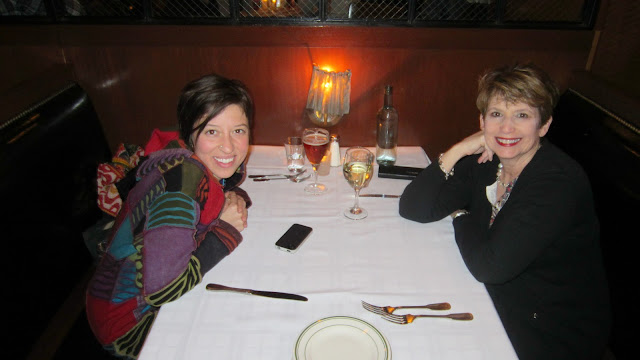 Dinner at the Lux Bar 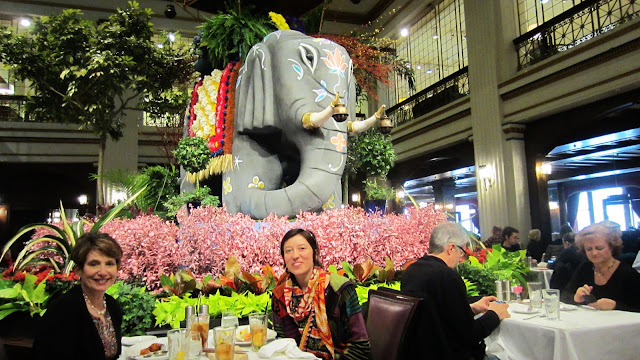 Lunch at The Walnut Room, in Marshall Fields on State 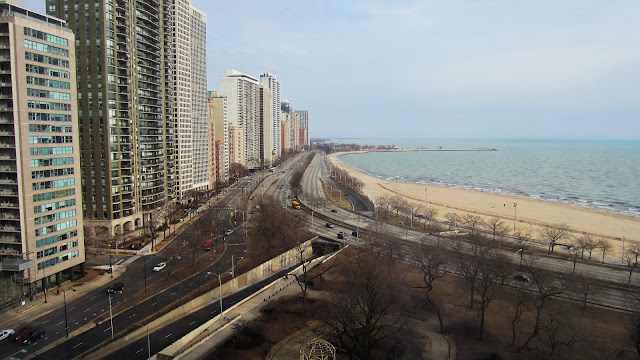 View of Lake Michigan, from our room 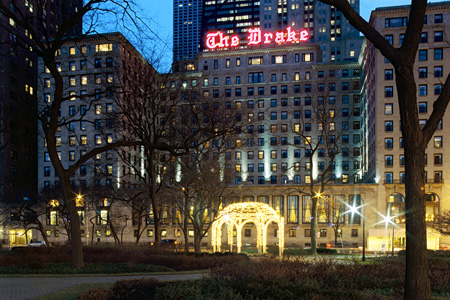 The Drake Hotel, where we stayed.  Very old and beautiful 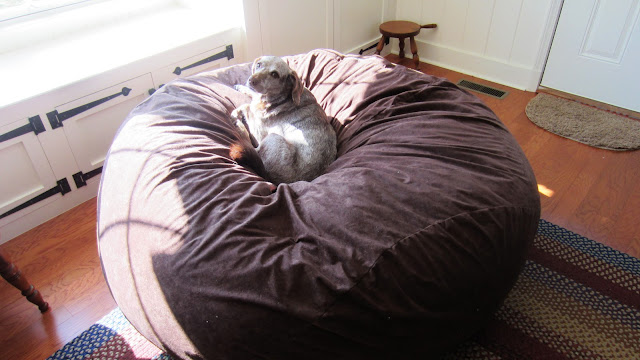 And Cocoa!  I bought this for our camper and realized it was too big for the space, I had planned.  Look who decided to make it a new dog bed!  Guess it will stay here :)
Hope you all have a great rest of the week!
Linking with...
Share Your Cup
Swing Into Spring
Open House
Home Sweet Home
Be Inspired
﻿
Posted by Robin@DecoratingTennisGirl at 5:40 PM 3 comments:
Email ThisBlogThis!Share to TwitterShare to FacebookShare to Pinterest 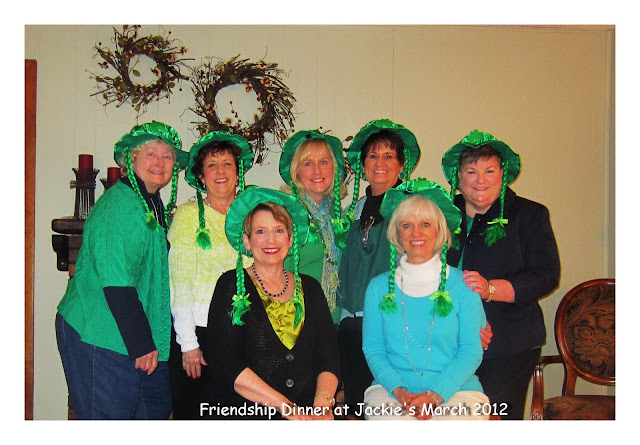 Hope you all have a great Sunday!
xoxo,
Robin
Posted by Robin@DecoratingTennisGirl at 10:23 AM 3 comments:
Email ThisBlogThis!Share to TwitterShare to FacebookShare to Pinterest

Hi All,
We just returned from 4 days in the Ft. Myers, FL area. We were celebrating the retirement of one of hubby's co-workers. It was a fun filled 4 days of celebration. Here are a few pics to share. 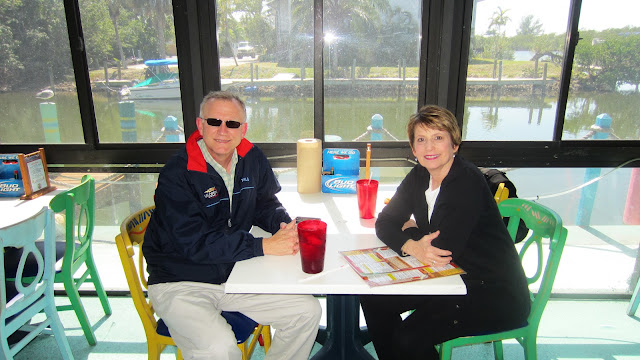 Dan and me at The Fish House.  Yummy! 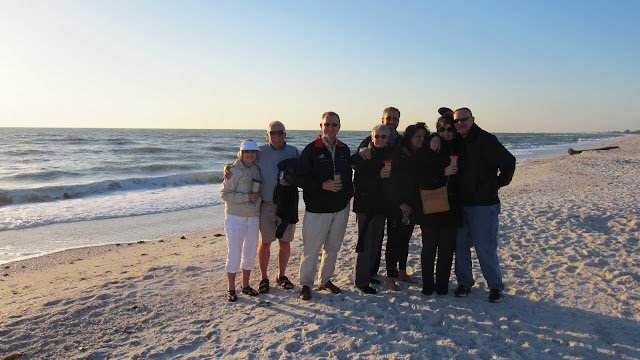 The gang at Barefoot Beach... 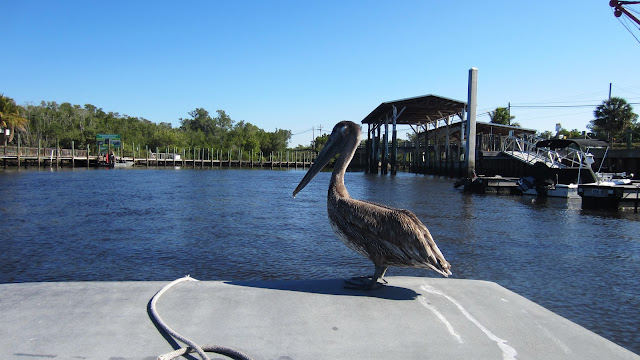 This guy or gal decided to join us on our airboat ride in Everglade City! 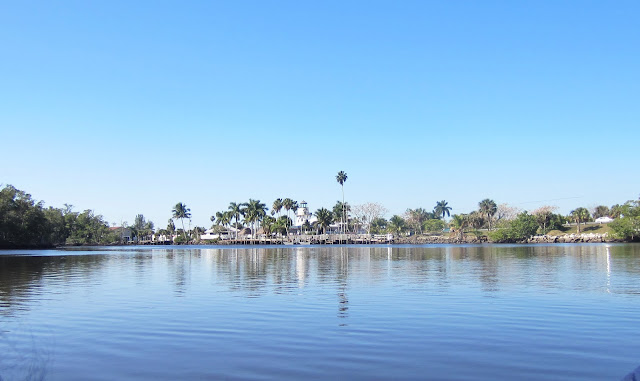 Coming into the dock from the Airboat ride... 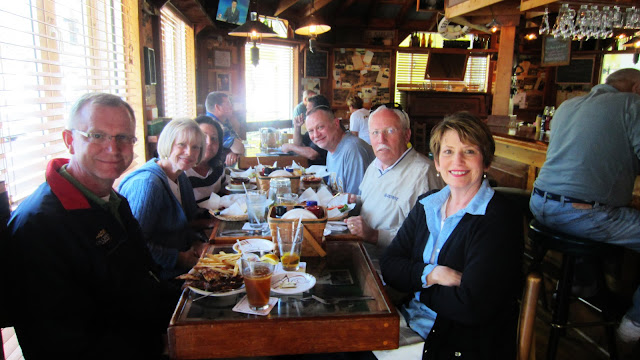 Lunch at a pub in Naples... 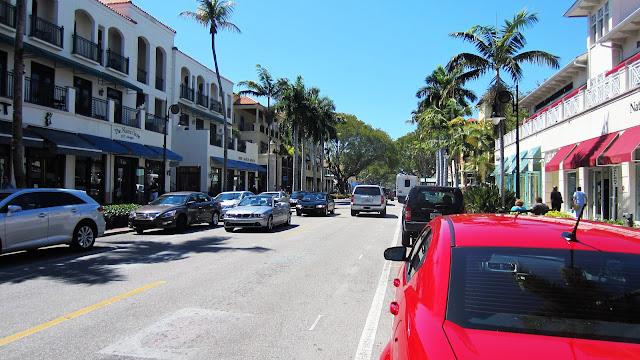 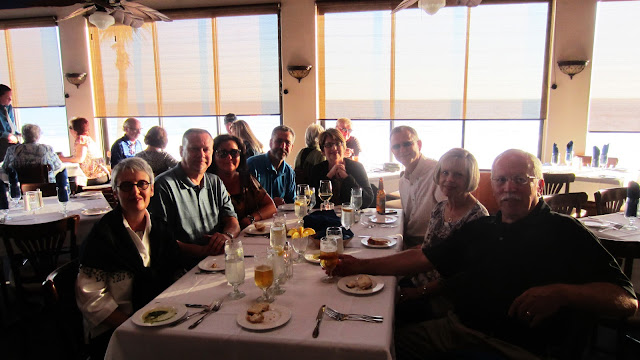 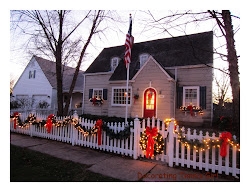 Kitchen at the Cape House 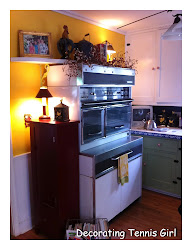 The Picket Fence at the Cape House 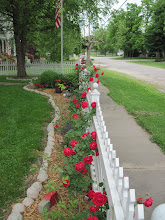 Dining Room At The Cape House 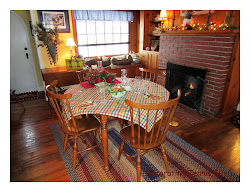 Den At The Cape House 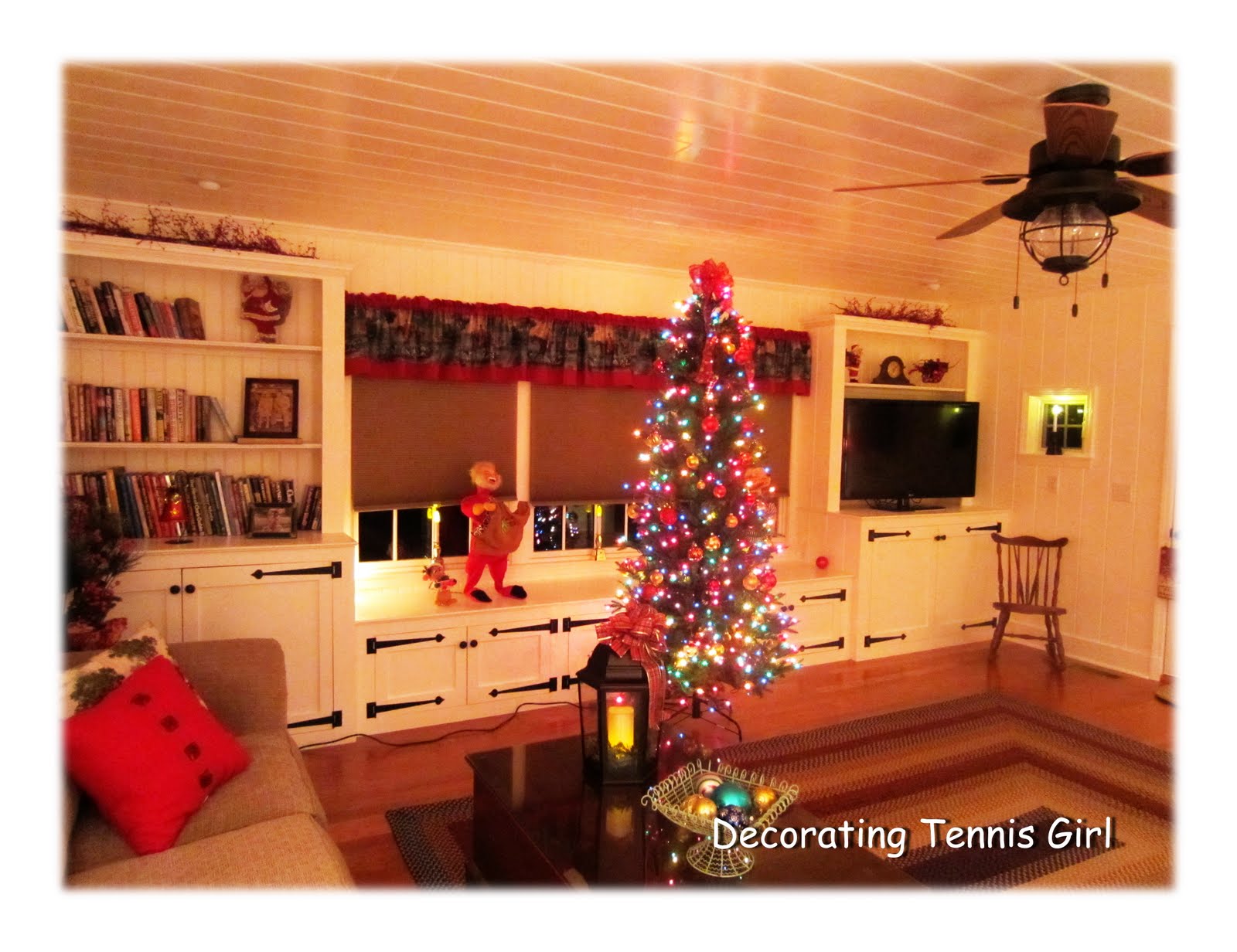 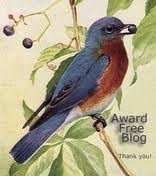